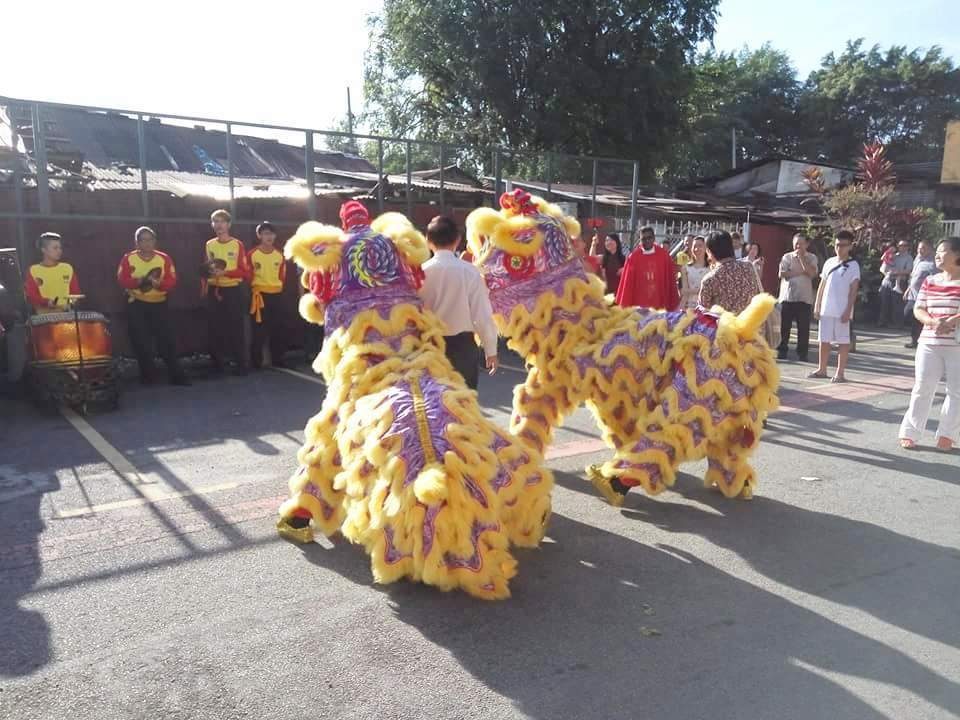 KUALA LUMPUR:-A Special Mass was celebrated on Feb 8, 2016 to welcome the Lunar New Year at the Church of the Sacred Heart of Jesus, Jalan Peel, Kuala Lumpur.

The Chinese parishioners including few non-Chinese were present for Chinese New Year morning Mass, was celebrated by both Fr Martin Lam and Fr Edwin Paul. Both were donned in red chasuble.

The Church was filled with good numbers of parishioners, mostly attired in red, symbolizing good fortune, as red is the prominent colour for the Chinese New Year celebrations. The Church was beautifully decorated with red lanterns and other Chinese New year decorations. All adjourned to the main entrance to the church to watch lion dance performance, to enthrallment of the parishioners.

The Mass was said in Mandarin and English. Parishioners were led to pray for peace, prosperity, good health and happiness in the Mass as they welcome the Lunar New year 2016 with trust in the Lord. Seminarian, Bro Dominic Tan was also present.

For traditional gesture and as a customary practice, an ancestral tablet was also setup below, on the right side of the sanctuary. Fr Martin Lam led the parishioners to bow three times towards the ancestral tablet as a gesture to show respect for their forefathers gone before them.

After Mass, the parishioners were treated with mandarin oranges or ‘Kum’ each, blessed by the Fr Edwin Peter. The oranges were then distributed by Fr Martin Lam and seminarian, Dominic Tan to all present while parishioners exchanged wishes of “Xin Nian Kuai Le” and shared ‘ang pows’.