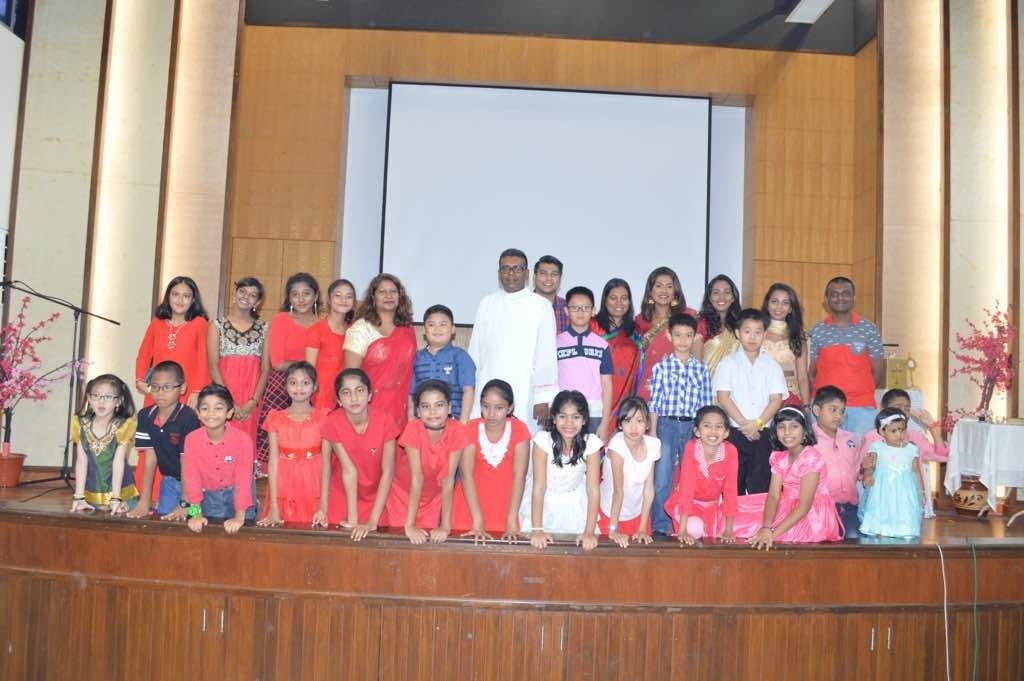 25th June 2017: Children of the Church of the Sacred Heart of Jesus (SHC), Jalan Peel, from diverse backgrounds and age groups concluded the 57th feast day celebration with an extravagant musical performance, marking the end of a 7-day fete that began on 19th June 2017. The theme of the musical ‘Children, Hope of the Church’ was in unification with the theme of the year, Hope.

The first part of the mass included an action introduction song, ‘Hari Ini’, continuing with the first, and gospel readings. It was here that the children began to fight, play and display other disorderly characteristics, disregarding the Word of God. Some made paper rockets out of the weekly bulletins, talking shamelessly amongst themselves, with no regards to the liturgy. Then, in comes the character of God, who explained to these children the importance of the Liturgy of the Word, and how utmost reverence should be shown towards it.

The second part highlighted the Liturgy of the Eucharist. Once again, the children showed their lack of attention and devotion during this period. The character of God steps in once again, to enlighten them on its significance. The children then went on to showcase their talents in singing, and presented a group tambourine dance with the thanksgiving hymn ‘Celebrate Jesus’. They then continued with an action song, ‘Our Father’.

The third part of the play was the Adoration, where the children sang divine praises. And this truly did sound like a choir of angels coming together to praise our Saviour.

The entire play was also re-enacted at the Little Sisters of the Poor, Cheras on 1st July 2017 bringing joy to the residents there.