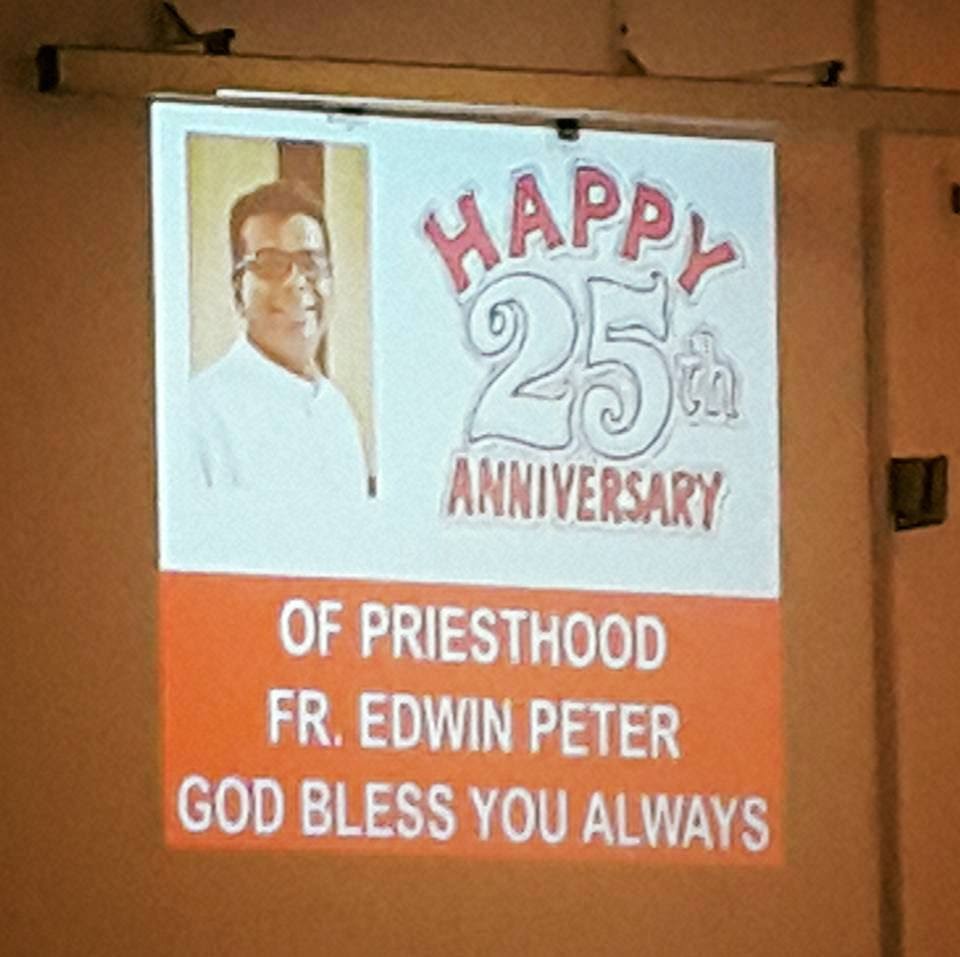 After Mass, which was celebrated by parish priest Fr. Edwin Peter, exposition of the Blessed Sacrament at the altar took place. Holy Hour was animated by the parish Tamil Apostolate, with the Prayer of Consecration and Litany to the Sacred Heart of Jesus also prayed. The Vespers followed. These are moments for Silent Adoration. Holy Hour ended with Benediction.

August 4th 2017 also marks the 25th anniversary (Sacerdotal Anniversary) of Fr. Edwin Peter into priesthood. As the congregation rose to sing ‘Happy Anniversary’, Fr. Edwin acknowledged in thanksgiving with palms clasped. There was no fanfare, cake nor elaborate meal to celebrate, as Fr. Edwin, according to his sister, is said to be a person of modesty and simplicity. He marked his silver jubilee as a priest, by praying.

Fr. Edwin Peter was ordained a Diocesan priest by then, His Grace Kuala Lumpur Archbishop Anthony Soter Fernandez in 1992 at the Church of Our Lady of Perpetual Succour in Salak Selatan, Kuala Lumpur. (The church has since been demolished/closed to make way for a highway project)

He entered College General (Major Seminary) in Penang when he was 21 years-old. After his ordination, the KL born priest was posted to the Church of St. Joseph in Sentul, Kuala Lumpur. In 1995, Fr. Edwin studied Licentiate in Philosophy at the Urbaniana University in Rome. Upon completing his studies in 1997, he returned back to Malaysia. He was posted to College General to teach the seminarians. From 2005 to 2009, he was elevated to the position of Rector of College General.

In 2010, for some 5 years, Fr. Edwin was based in Bestari Jaya, Selangor to shepherd the mostly rural and semi-rural faithful at the Church of St. Paul the Hermit and its surrounding chapels, under its vast jurisdiction. Finally in June 2015, he was assigned parish priest of Church of the Sacred Heart of Jesus and the Administrator of Chapel of Our Lady of Good Health in Kampung Pandan.

Fr. Edwin expressed his appreciation and thanked parishioners for their support, love, prayers and well-wishes.