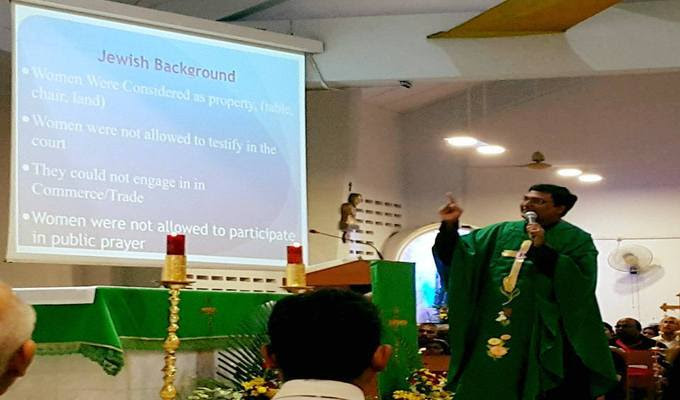 Be Courageous,People With Special Needs- Day 4 Of Novena To Our Lady

Capuchin priest, Fr Sebastian Aputharaj presided at the 7.30pm Mass, which was con-celebrated with Archbishop Emeritus Murphy Pakiam and Parish Priest Fr Edwin Peter. Some 600 faithful from far and near were present.Fr Sebastian invited the assembly to pray for all challenged able people, those with special needs.

In his homily preached in both English and Tamil, Fr Sebastian said you might have heard the saying: What you think you become.He told the assembly names of two famous movie actors, apparently from India. The names of M. G. Ramachandran and another was mentioned. Fr Sebastian said both started political parties, but only Ramanchandran succeeded, the other couldn’t. Why, asked the Capuchin priest. Is because of the roles they have taken in the films.Ramachandran choose successful role, the other the opposite. “If you want to take a role, you must be the role”. Ramachandran became successful in life, but the other thinking affected his life.

Fr Sebastian said if you take courage and think you will win, you will make it.Then giving another example of Wilma Rudolph, African-American track and field champion. From poor background, Wilma suffered from several early childhood illnesses, including pneumonia and scarlet fever, and contracted polio at the age of four. She recovered from polio, but lost strength in her left leg and foot. Physically disabled for much of her early life.

Yet, her determination to recover and her courage, make her win in the Olympics Games.The Capuchin priest exhorted that Mother Mary is the most courageous woman on this earth. In her Magnificat, which is a canticle, also known as the Song of Mary. In that song, we can find how courageous Mary was.Her Jewish background that gave women many restrictions in public life. Yet from this cultural background, Mary evolved as a revolutionary.

Fr Sebastian said in Mary’s Magnificat, she spoke about Moral revolution (of proud people), Social revolution (cast the mighty from their thrones, like the Pharisees); and Economic revolution (took side of the poor, embraced the sick). Mary had great courage. Mary talks about her personal experience and the changes that is going to happen because of her Son.

At the end of his homily, Fr Sebastian invited the assembly to reflect. Reflection: Act when you have to act. Be bold to point out the evil in the society; and be courageous, never give up.Fr Sebastian emphasized that we should not lose hope. Don’t lose courage. Never think you are alone. God is with me, He is with us.Be courageous.He also told the assembly to read about the Magnificat and think I’m not alone. GOD is with ME!

After Mass, Fr Edwin thanked all for coming here for the Day 4 of the feast of Our Lady of Good Health. He added that today we are praying for those people with special needs. “Remember for the next two days our focus will be on Special Needs”. He told the people with special needs to keep their spirit strong, despite of their physical conditions.

Fr Edwin also expressed his gratitude to Zone C for animating the Mass.

Among the assembly are the RCIA Candidates who came to join in the feast to experience. Fr Edwin welcomes them.

The focus for Day 1 which started on September 1, 2017 till Day 3 was on Caregivers. Day 4 till Day 6 focus will be on Special Needs. Day 7 and 8 focus will be on the Sick. Day 9 and 10 will focus on Reaching out to those on the peripheries. The anchor theme is “Mary, Make Me a Disciple of Hope”.

Simple dinner fellowship was feted to all, that was held in the grounds of the Chapel.All faithful from far and near are cordially invited to join the local parishioners here in Kampung Pandan, for the feast day celebrations, that will end on September 10, 2017. 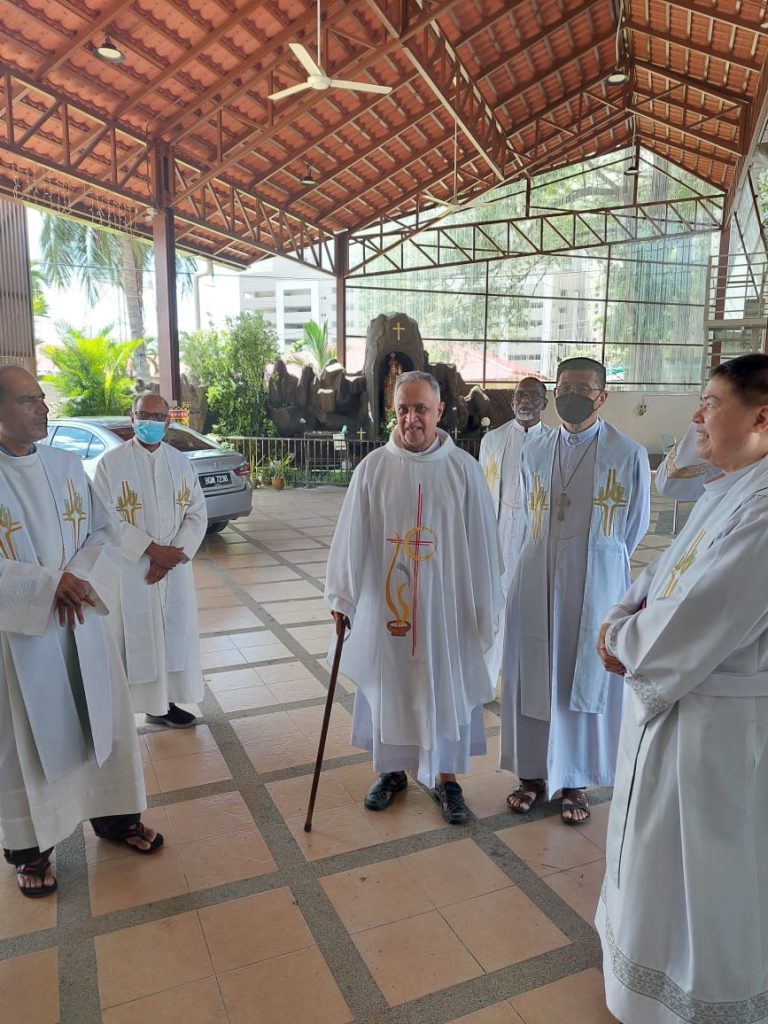