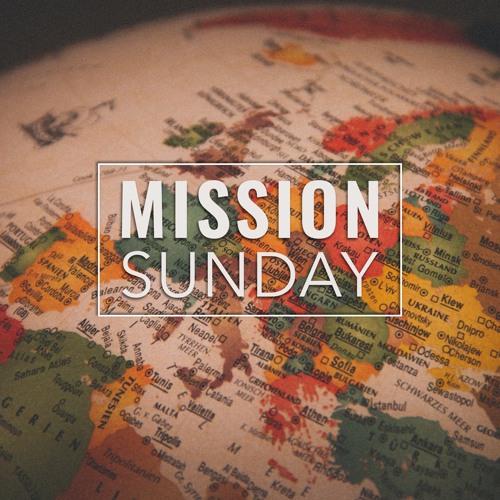 The Call To Serve As Missionaries

World Mission Sunday falls on the penultimate Sunday in October. This year, it was celebrated on 22nd October, worldwide, by the Universal Church.

This is the one Sunday in the year, when the Mass is celebrated exclusively for missionary activity. Special Collections are accumulated at these worldwide Masses and they go, in their entirety, to support churches, hospitals, schools and vocations in countries where the Church is new, young or poor.

Pope Francis has released his message for World Mission Sunday, focusing on the need to gather round the person of Jesus and to heed his call to “proclaim the Gospel of the love of God, and the Father, in the Power of the Holy Spirit.” His Holiness also emphasised the Church’s role as being “missionary in nature” and that “young people are the hope of mission.”

At the Church of the Sacred Heart of Jesus, Archbishop Julian Leow presided the Sunset Mass on 21st October, together with parish priest, Fr. Edwin Peter. The prelate called on the assembly to serve as missionaries, in unity with one another.

Fr. Edwin proclaimed the Gospel (Matthew 22:15-21) and Archbishop Leow preached the homily. He said what belongs to God, is to be given back to Him. Are we giving back to God what belongs to Him, or are we keeping these among ourselves? He then added, “As faithful disciples of Jesus, are we following His footsteps and doing what should be done?”

Touching on the Second Reading (1 Thessalonians 1:1-5) the prelate said our faith justifies us, but our faith must also follow with action; not just in utterance. We must put into practice to love one another. He acknowledged the presence of some parishioners that evening, who will be going to feed the homeless, the unloved and those who have no place to lay their heads; to offer some companionship and some food. Archbishop Leow exhorted that faith must be put into action. This Street Feeding at Central Market is an initiative by the PIHDM with St. Ignatius & Good Shepherd Churches as partners. The Archbishop then questioned the congregation “Is your outreach selfless without any expectation in return? Just like when you lend something to someone, don’t expect to receive anything back in return.”

His Grace continued, “If you do not live in hope, you can’t be a follower of Jesus. We must work for a better tomorrow, for a better Malaysia. We must be a people of hope, because we are chosen by God, called by name and crafted in the palm of His hand. We belong to God. Therefore we must give glory and honour to God. What we do must reflect on this hope to a world that seems to live in hopelessness, to a darken broken world; because we are His followers and we are called and justified in Christ. Pray and intercede for each other, for a better tomorrow and remember the less fortunate in our midst.”

After Mass, Fr. Edwin in his speech, thanked the Archbishop for his time and presence; being at the Chapel of Our Lady of Good Health (OLGH) in the morning, then attending the Parish Pastoral Assembly (PPA) at Sacred Heart, followed by celebrating Mass. Fr. Edwin also told the assembly that 156 lay leaders were present for the PPA this year. Most were from the BECs, and parish ministries. He expressed his appreciation to the BECCOTT team, PFC, and PPC for their efforts in getting the participants for the PPA.